As we continued the germ inquiry, we explored how washing will affect germ growth. To do this, we took three pumpkin specimens with evitable germ growth and washed with water alone, soap alone, and then left one specimen unwashed as the control group. Anna, Vera, and Tianyi took observation notes, measured the area of germ growth in each specimen, and proceeded to wash two pumpkin specimens. While Anna timed the wash to thirty seconds, Vera and Tianyi washed the specimens. Immediately after the procedure, we noted that some of the spots continued to have germ growth in Tianyi’s specimen.

Over the next few days, we kept the specimens under observation. The control specimen continued to grow a lot of germs. The washed specimens had a delay in germ growth. However, there wasn’t a difference in terms of growth between the soap and water specimens. Thus we concluded that it’s a matter washing thoroughly or not to decrease the growth of bacteria. 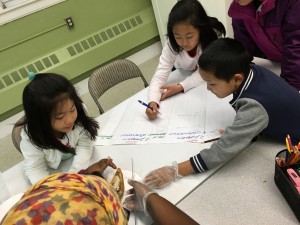 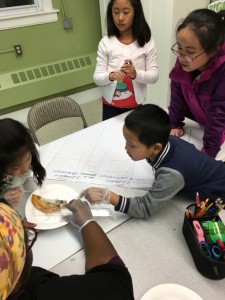 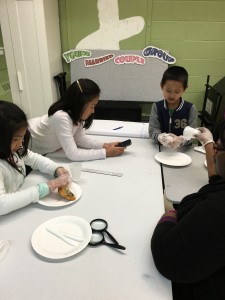 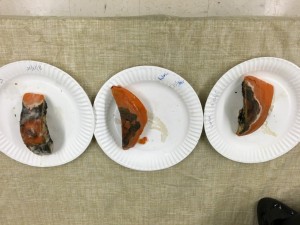 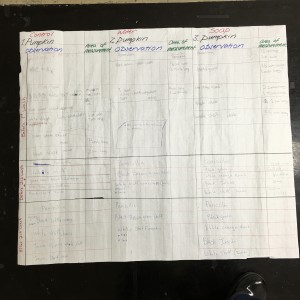 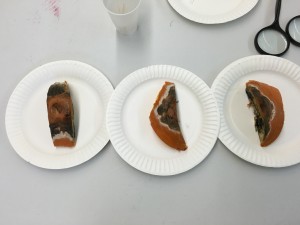 Next, we took a hand culture from each student using potato skin by rubbing a slice on the dorsal and palmer surface of the hand ten times and in between the fingers one time. We left one potato skin untouched as the control. Each student recorded their observations and made predictions before putting the skins inside a box for the germs to grow. A week later, we removed the cultures. Just as the children predicted, each skin had evident germ growth, except the control. Vera’s culture had the most growth.

“It’s not fair,” she said. “I don’t think I washed my hand while others washed theirs.” 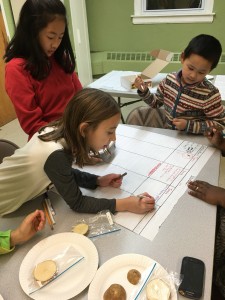 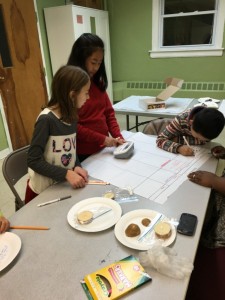 Germs are not always related to sickness. The center explored this by including foods made by germs in the snack menu: yogurt, cheddar cheese, blue cheese, mushroom pizza, baked bread, and fried Korean Ho Dduck which uses yeast to rise rice flour dough. The children showed interest in trying out the blue cheese.

“Is that germs?” Tianyi asked as he pointed at the greenish blue area of blue cheese.

But trying blue cheese was enough to convince the children they didn’t like it and to stick to cheddar cheese. They also showed a particular interest to how yeast affects food 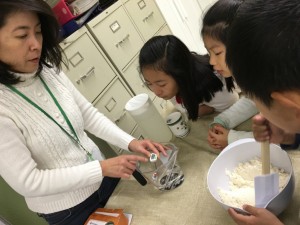 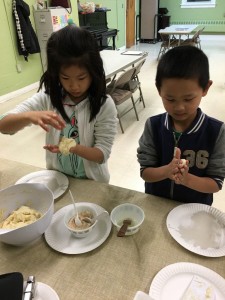 We further explored yeast with two experiments. With one we put yeast into a bottle with warm water and sugar and put a balloon over the end. At the end of the day, the children noted that the balloon was “squishy.”

“What makes the balloon squishy?” we asked.

“It has air inside,” Josie replied.

For the second experiment, we put yeast into a small plastic bag with sugar and warm water. As we poured the warm water in, Josie and Tianyi observed instant bubbling. 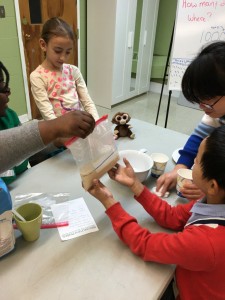 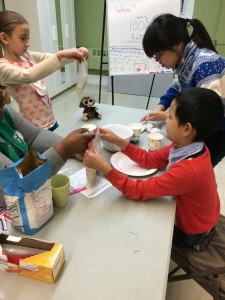 Finally, we went on a germ hunt. We put glow power on each child’s hand and let them run around the classroom and touch anything they wanted. After thirty minutes, we used an ultraviolet light to observe any trace of glow powder around the classroom. This activity simulated how germs can spread quickly even with a very small amount of powder on their hands. The children were very excited to see the glow powder/germs around the room.

As the children put it, “It’s everywhere!” 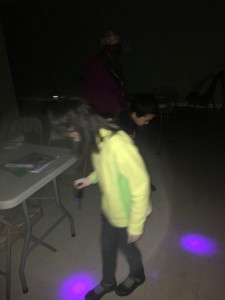 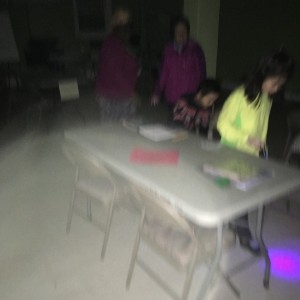