The children of the Lin Learning Center have shown a great interest in drawing, coloring, and paper crafts, so we wanted to turn this creativity into the study of a common invention: the paper bag.

“Creativity, as has been said, consists largely of rearranging what we know in order to find out what we do not know. Hence, to think creatively, we must be able to look afresh at what we normally take for granted.”

As we introduced the paper bag to the children we informed them that it was invented two centuries ago and started reading In the Bag! Margaret Knight Wraps It Up by Monica Kulling. The children were surprised that inventing the simple design of the bag took Margaret Knight two years. After finishing the book, we examined paper bags from Trader Joe’s, Stop and Shop, and other places. We dissected each one to identify the different segments or parts of each bag, observing that there are four parts to each one.

Many of the children quickly grabbed some grid paper and got to work recreating the paper bag. Julia claimed she could do it in two days. Several of the children came up with a two-sided flat bag with an opening. When we asked them if theirs could stand on its own, they replied no, except Josie who said yes as she wrinkled the bottom of her bag so it was flat. 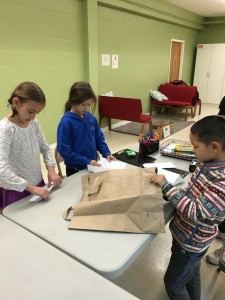 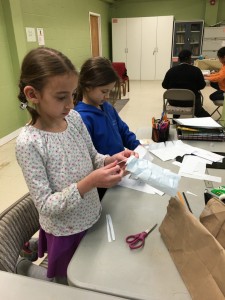 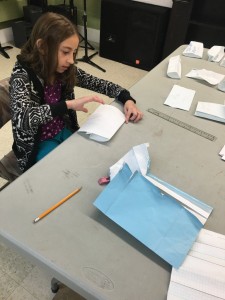 What made Margaret’s paper bag stand on its own and not theirs?

At this point, the children revisited the Stop and Shop paper bag to take a closer look. Julia noted that the bottom of Margaret’s had a rectangular shape then Julia began to reconstruct hers to copy that design. Tianyi did the same and constructed a four-sided paper bag out of one piece of paper while making its bottom from a separate rectangular piece. 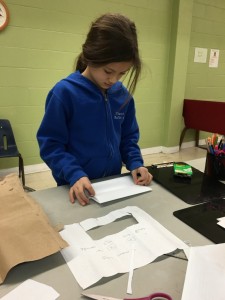 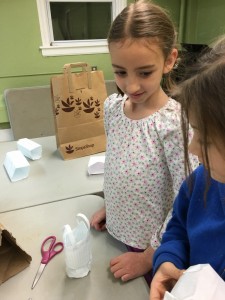 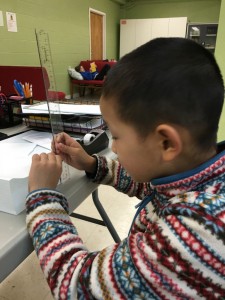 Is Margaret’s paper bag made out of many pieces pasted together?

After another close look at the bags, the children discovered that they’re made out of only one piece of paper and that it is folded to make the bag. They grew confused as they tried to refold the dismantled paper. Three weeks later, the children completed the paper bag project. Some took three or more tries to mimic Margaret Knight’s design. When Tianyi and Josie figured out the V-shaped flat bottom, they were overjoyed. 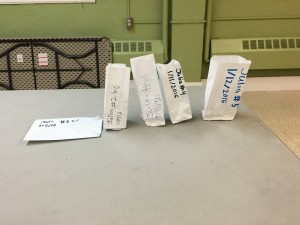 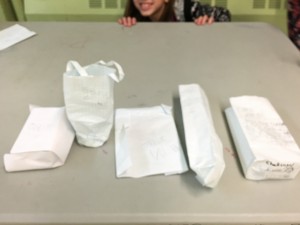 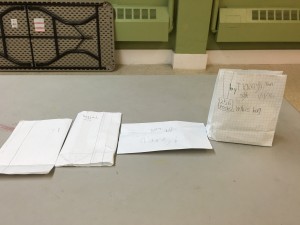 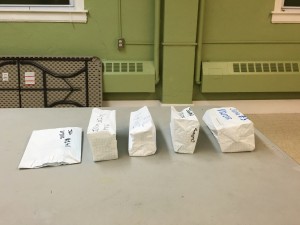 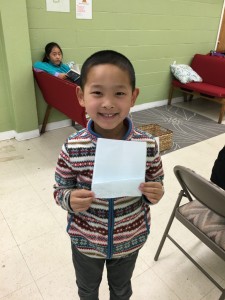 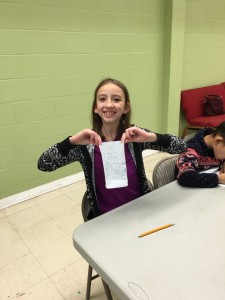 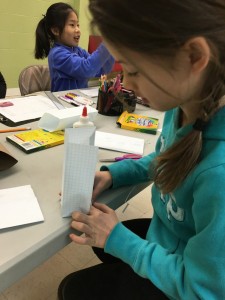 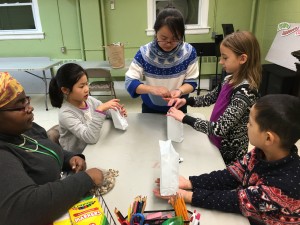 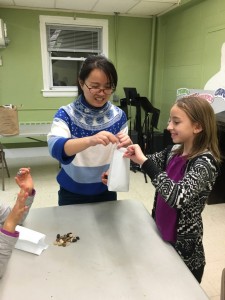 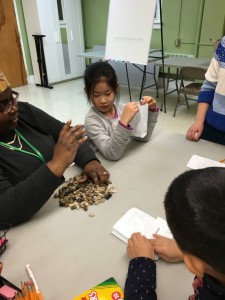 All of the children were persistent throughout the challenge. We’re proud of their diligent observations as they strove to truly understand the design of paper bags. They certainly exhibited the determination of great minds.

The Trojan Horse by Warwick Hutton

Building Our House by Jonathan Bean

The Boy Who Invented TV: The Story of Philo Farnsworth by Kathleen Krull