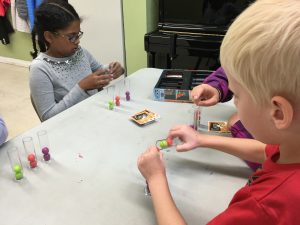 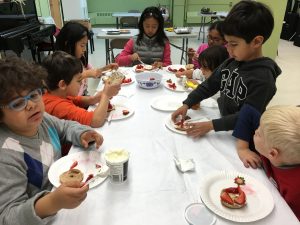 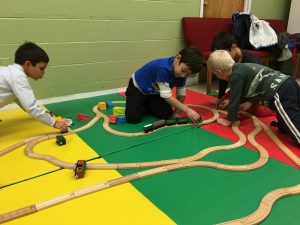 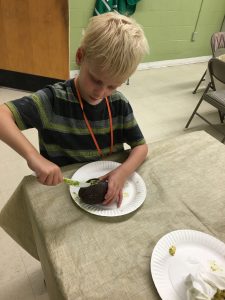 During pick-up, the Center’s teachers noticed many of the children’s shoe laces were untied. We explained to the children that it isn’t safe to walk around with untied shoes and it’s a very important life skill that they should begin learning in Kindergarten. At the start of school, we believe they need to begin to be more in charge of their own care.

Shoelace tying can be a difficult skill for a child to learn. It requires a good level of dexterity and motor planning. Thus we presented the children with three different shoe lacing techniques in the hope they would pick up at least one of these methods. We named these techniques: Two bunny, one bunny, and loop around. We turned this into a challenge where first a child had to master at least one technique. Then the child would have to perform it in under thirty seconds to promote efficiency.

Many of the children grew excited about this challenge. A few already knew one of the techniques and helped the other children. However, several were frustrated with the endeavor. First we demonstrated how to make a knot. The next several days, the children spent time learning how to do each method on and off their feet. 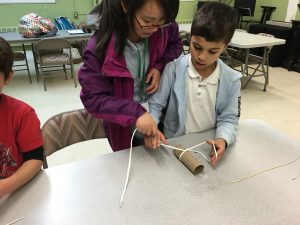 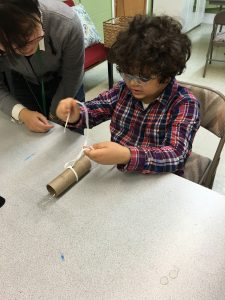 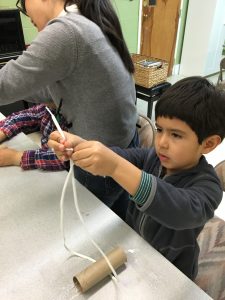 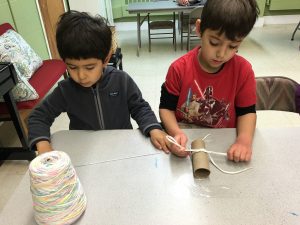 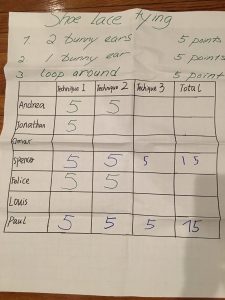 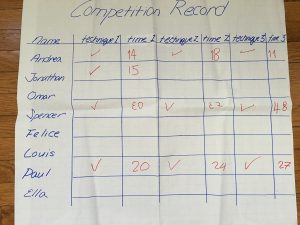 Some mastered all three techniques while others just one. Once they felt confident in their skill, they did the timed challenge. They got very fired up about their efficiency and pleaded us to time them over and over again while they demonstrated. On the day of the final challenge, we asked the children to record their times on a chart. Some children mastered all three methods under thirty seconds. Andrea’s time was the fastest. Only eleven seconds!

Now the children can tie their own shoelaces and we are very proud of them.