This month at Lin Learning Center we added a place to read to our building, invited friends on Friday, and started on a germs inquiry.

We had the children look at pictures of other reading areas called Book Nooks and brainstorm about the common things they noticed about them. The students noted that it should have books, pillows, places to sit, and bright light. In addition, we discussed rules of usage for it and came up with five:

2. Only two people at a time

4. Take care of the books

5. Clean the stations after use

Shortly after agreeing on the terms of usage, we opened the Book Nook officially with a tape cutting ceremony. All of the students were very excited, especially Josie and Tianyi. They jumped right in as soon as it opened! 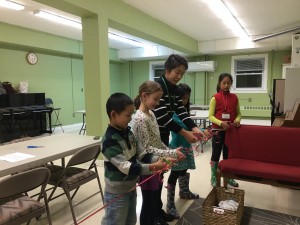 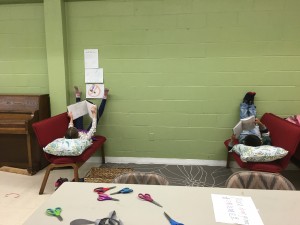 Having friends over on Friday was another event that children had a great fun preparing. The children took the initiative making invitations for their friends. On the day of the event, they introduced their guests to everyone, showed them where things were, explained routines, and instructed during snack preparation. They were wonderful hosts. 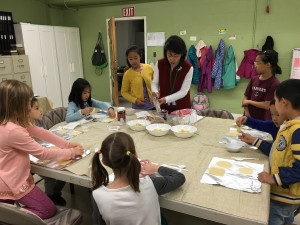 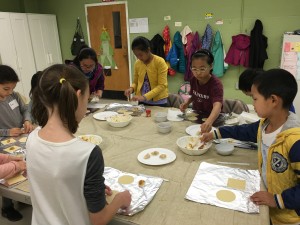 Good hygiene has been a very important practice at the center, especially during snack preparation. Many children washed their hands more than once because they sneezed or touched their mouth, floor, or random objects besides the items on the snack preparation table. They frequently asked why they had to stay clean.

To answer their question, the germ inquiry began with reading the book, The Value of Believing in Yourself by Spencer Johnson, M.D. It is the story of Louis Pasteur discovering the rabies vaccine. The germ was referred to as an invisible enemy and the vaccination as a magical soldier.

The children realized it is important to pursue your beliefs and be persistent to be a scientist and to lead to an important discovery. They took an interest to germs being called an “invisible enemy.” Tianyi explained using body language that bacteria are very small in the air and they get into your body by breathing. The children said that the magical soldiers were the medicine we take through shots. 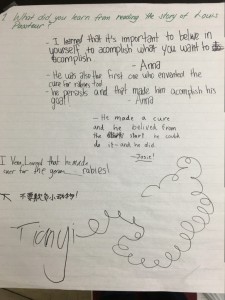 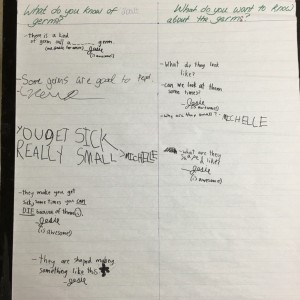 They also asked, “Can we see germs? What do they look like?”

So we brought molding pumpkins and mushrooms into the classroom for observation. The students took a particular interest to the pumpkins. First, they noticed the black spots.

Josie mentioned, “The black area is a germ.” 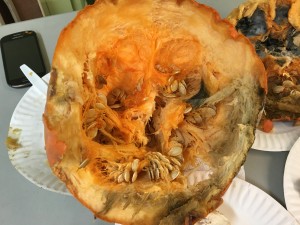 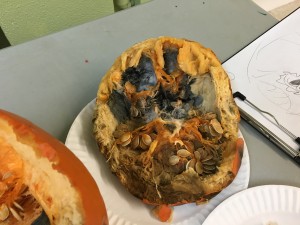 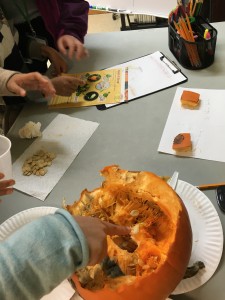 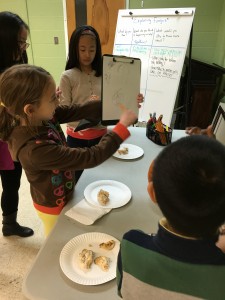 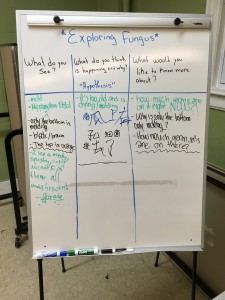 “No,” Josie commented, “because some of the pumpkin is still orange.”

Anna said, “No, not yet, but it will go all over the pumpkin.”

To test these hypotheses, we cut two specimens from the pumpkin, one still orange and the other with some mold growth. We marked the boundaries of where the germ growth was and decided to observe the changes happening to these specimens. For the next few days, we watched the germ grow on more areas of the pumpkin.

“There is germ growth beyond the black marker line,” Josie said, “but I still don’t see anything on this one.”

The following week, we realized the germ-free looking pumpkin began to turn black. 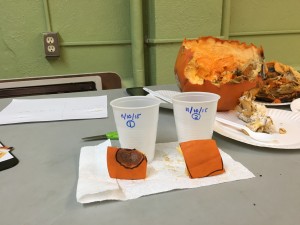 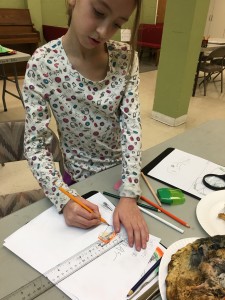 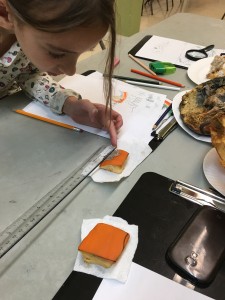 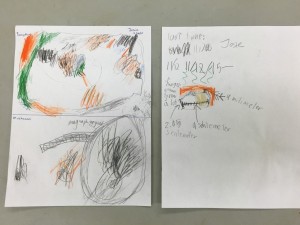 Living, growing and dying appears to be a topic the children have talked about with confidence during the course of the pumpkin observation.

“Mold is growing and the pumpkin is dying,” Josie and Tianyi said.

Vera said, “Only pumpkins are dying.”

For the next several days, the students watched the increased growth of the “white fuzz,” the spreading of the black area, and sprouting seeds. The fact new life still remained in the pumpkins surprised us all. In eagerness to liberate the seeds for further planting, they didn’t mind getting so close to the smelly pumpkin to tease out sprouts with toothpicks. During this process they mentioned their roots, color, darkening of the seed’s shells, and tall versus short lengths of the sprouts.

“Why do you believe that?” the teachers asked.

He pointed at the brown section of the decaying pumpkin.

The children also mentioned that the area of the pumpkin where it’s dry had no sprouts coming from the seeds, but there are many sprouting seeds in the black area where the pumpkin is still wet. 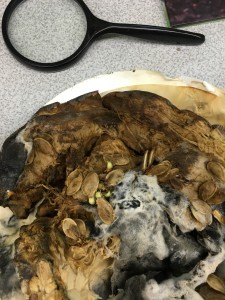 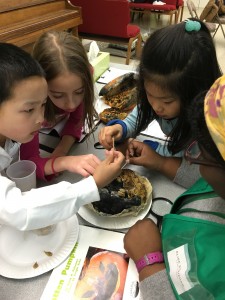 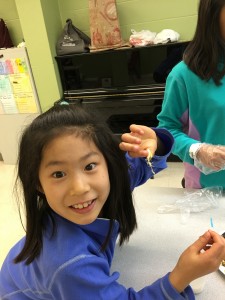 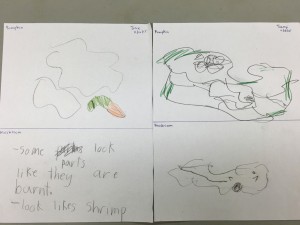 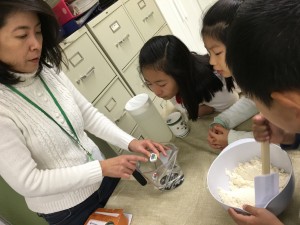 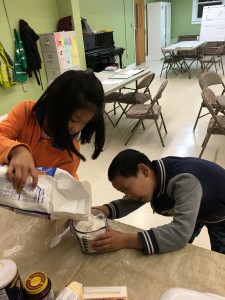